An incredible book... Kaplan's diary of the first three years of the Nazi occupation of Warsaw (1939-1942), smuggled out of the country notebook by notebook. He reports every detail of the Nazi ... Consulter l'avis complet

Chaim A. Kaplan was a teacher and writer in Warsaw. He is believed to have died in late 1942 or early 1943.

Abraham I. Katsh is President Emeritus of Dropsie University in Philadelphia, and Professor Emeritus of Hebrew Culture and Education at New York University. 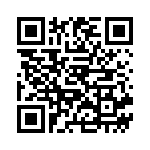